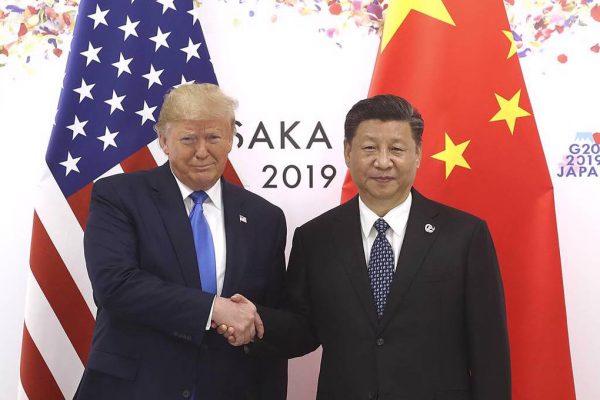 Home / Trade War Is Further Taking US Economy Into Recession

Trade War Is Further Taking US Economy Into Recession

When it comes to a geopolitical situation, no country can sustain the losses it’s getting from a trade war. Currently, the US is going through some severe trade war with China, which is now taking a toll on its economy. Trump government is trying to implement more policies to strengthen the country’s economy. It’s bilateral ties with China Which are bringing bad news for the country. Now a recent survey shows that many economists think chances of the US getting into recession has increased significantly. Last time when researchers did a study, they found that more than 35% economists said the US might suffer from a severe recession because of a trade war.

However, now that number has increased to 45% who thinks current trade war tension might bring more negative results for the overall economy. Fed recently cut down interest rates, which was inevitable to happen because of poor performances of significant industries like manufacturing, retail, and tech. However, the Fed might be cutting rate of interest in the upcoming quarter and even next year also.

The ongoing trade war between US-China has brought somewhat a negative vibe among global investors. Asian and European markets are getting slowed down because of this fight between the world’s two largest nations. Trump administration has tried to resolve this issue, but nothing good has so far come out of it, and that’s a bad sign. Trump already levied 10% of taxes on Chinese goods worth more than $300 billion, which is now impacting ion retail industry in the USA. Majority of the dealers in the US buy products from China who gets the right amount of profit margin after selling it in the domestic market. However, since taxes have been imposed, they are finding themselves in a hard position to do business. Trump administration will surely have to take significant steps to reduce the risk of getting into recession.